Review: I Don't Have A Bib by Half-Handed Cloud


Adorable is a word I often use to describe both Half-Handed Cloud’s music and the man behind it, John Ringhofer, but to say his latest release is adorable is both an understatement and not enough.
I Don’t Have a Bib is a collection of Ringhofer family songs, short little ditties about washing up, having pizza, a new baby sister, and daily life. The songs are truly on brand adorable, but they are more than that. There’s so much intimacy in hearing John and his children sing, even sharing “Lullaby” (my favorite track, hands-down), which I can imagine being sung multiple times every night with the softest love.
Having a peek into the life of Ringhofer as a father is fun, sweet, and something I didn’t even know I needed. I was washed with nostalgia for my own dad’s songs for me, for dancing in the living room to the Beatles, for singing a Talking Heads song to my little brother when he was born. I think that is the beauty of this collection of family songs, by enjoying the joyful noise of one family, you are reminded to enjoy the joyful noise of your own.
Most of the songs clock in under a minute, which is short even by Half-Handed Cloud standards, yet they convey a lot of the family’s routines, even the process of making the family itself.

“I’d usually try to grab them to record while my wife was making dinner," Ringhofer said of the recording process. "Helps everybody!”

In all its simplicity, there’s a profound gift in this collection of this “Ringhofer Family summer project,” and that’s a capsule of memories for their entire family, especially the kids.
I asked John if he was struck by what an awesome gift this was to his children.

“It was super fun to get these songs down, and to work on them with arrangements, with our kids singing in stereo, etc," Ringhofer said. "And they like the Bib album a lot now. But it might turn out that it won’t feel like a gift if they meet one of their dad’s buddies a decade from now, and the guy introduces himself by singing, ‘Yogurt yogurt yo yo yo yo.’”

I think even if (Okay, definitely when) that happens, they’ll still be very happy to have it.

P.S. In case you were left wondering after listening to I Don’t Have a Bib, all of the Beatles seem to be John Ringhofer’s favorite Beatle. “And they aren’t The Beatles without Ringo—he’s crucial to the whole thing.” John’s eldest jokes that Paul McCartney is his favorite Beach Boy. Adorable.
album review asthmatic kitty Half-handed cloud indie pop music review new music

Popular posts from this blog

- September 21, 2018
Label: Mutual Benefit Words by Luke Janke Thunder Follows The Light by mutual benefit Jordan Lee of Mutual Benefit has been making strikingly calm and cerebral soundscapes for nearly a decade now and his latest delves into topics of the environment, collective pain and how the ongoing destruction of the outer world shapes the storms of our inner ones. Thunder Follows The Light is a light, plucky journey down a bayou of dreams. The banjo work in songs like “Written in Lightning” carries you away on a cloud of enlightenment. On first listen, I got a “Rainbow Connection” vibe, just without the singing frog and more intention and contemplation. the winds have been rising /torrid and frightening /clouds have been gathering /On our way home Distant feedback-laden guitar drenches the background of “Waves, Breaking” as wailing saxaphones build, escalating into a cacophony of tremendous void. Many of the songs have water and rain themes in the lyricism, a rallyi
Read more 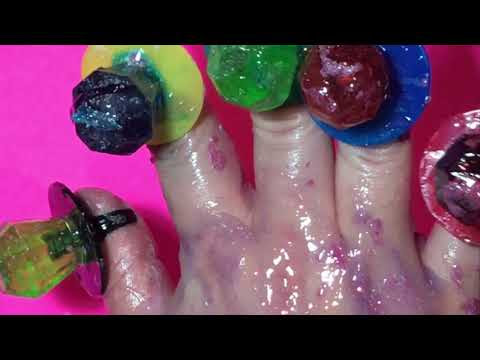 Catch the latest goopy, cereal-soaked video for Colorful Paper by Heart Eyes' EP Whatever it is, Whenever you feel like it   out now via Community Radio Tapes
Read more